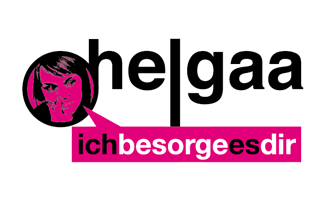 The myth of Helga

Anyone who was once at a festival knows the many "helgaaaaa-calls." On the sense is debatable. There are also about the origins of the myth helgaa there are different stories, but they all are similar.

Wikipedia writes: Helga... The call is a running gag on mass events (outdoor concerts) in German-speaking calls this one person, according to a supposed Helga Ritual be reciprocated by other people to call in the same manner in this way, the call can be heard from several people and the ritual can get progressively worse.

How, where and when exactly was the ritual that can no longer be detected. In reply to an apparently false report in the taz, who moved the origin of the call Helga at the end of the nineties, it is claimed that the call was originated in 1992 at the Bizarre Festival in dispute over a can of ravioli. Other sources lay the origin of the call to St. Gallen or at the end of the eighties to Passau. As a reason for the call is said that a festival-goers shouted the name of his girlfriend Helga because he was looking for her or because he simply wanted to call out her name only. Reliable time-and place names are often missing.

Send us your best Helga video and I present it here.
Simply send the youtube link to info@helgaa-festival.de.